International Garden Photographer of the Year 2016

The 10th International Garden Photographer of the year is launched for the year 2016. This is one of the World's premier competition and exhibition specialising in garden ,plant,flower and photography. The contest is wholly owned and organised by Garden World Images Ltd. The contest is organised in association with Royal Botanic Gardens, Kew,United Kingdom. The main exhibition is held annually at Kew, with a rolling programme of touring exhibitions in the UK and all over the world. Exhibitions are linked to events such as workshops and lectures on garden photography. 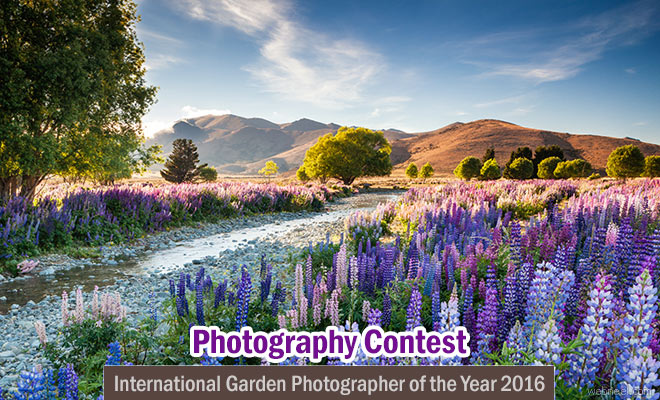 There are seasonal categories with results announced two times a year.(Photo Projects). A book of the exhibition is normally produced each year.The competition is open to all irrespective of their skills and nationality.

The International Garden Photographer of the Year wins £7,500.
PORTFOLIO: The Royal Photographic Society Gold medal plus £2,000 and special awards.