The 360fly 4K is the 4K / 16mp update of the 360fly - a 360 degree action camera that is dustproof, shockproof and waterproof (up to 3 feet / 1metre). The 360fly 4K offers 360 degrees horizontally and 240 degrees vertically, and has a number of different recording modes including First-Person POV, Motion/Audio active, and Time-lapse mode. The 360fly 4K has 64GB of memory, built in telemetry sensors including e-compass and GPS. 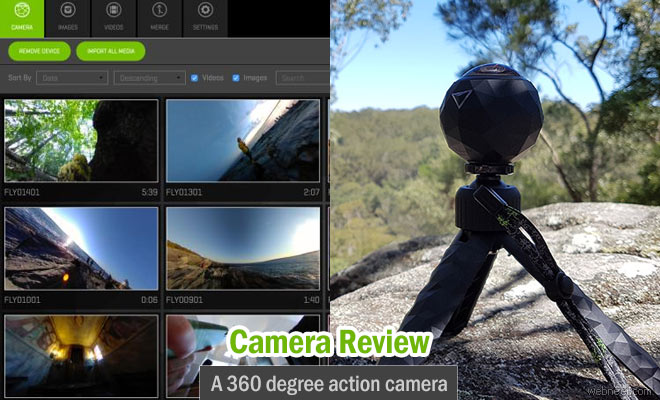 The camera has built in Wi-Fi and Bluetooth connectivity so that you can connect it to a smartphone running Android or iOS. Using the app you can control the camera, as well as download videos and share to social media websites, including 360fly's own website. While watching the videos on a smartphone, the viewing angle can be changed in real time, and you can zoom in or out. You can also experience a whole recording as directly as possible, using a VR-system like Google Cardboard. The 360fly 4K will be priced at $500 – a $100 premium over the original.