The 36th Nikon Photo Contest has been announced which comprises of cash and also collection of top DSLR cameras to winners.The contest has been held by the company since 1969 to provide an opportunity for photographers around the world to bring out their talents. As a mark of their 100th Anniversary celebrations, Nikon has announced special category , where the winners are entitled to cash price of ¥500,000 (approx $4900) and a Nikon D5 with the AF-S Nikkor 24-70mm F2.8E ED VR lens. Find more details here: http://www.nikon-photocontest.com/en/ 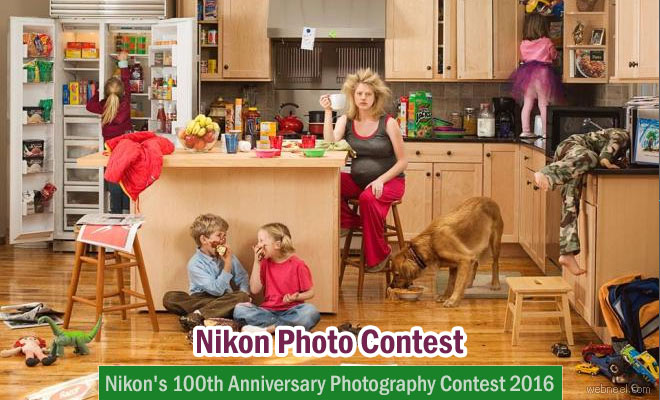 Entries for Nikon Photo Contest 2016-2017 will be opening on October 17th, Monday and ends on Friday, January 27, 2017, Japan Standard Time. The entrance for the special category is through single image taken on Nikon equipment and the theme is 'Celebration'. The open category and the Next Generation category under 30s have the theme 'Future' and requires two to five images per entry or a video of six to 180 seconds.

Some inspiring photos from nikon's contest,